We are closing towards end of 2015, Fantastic year for Cloud and associated technologies. Many Big mergers and acquisitions changed whole economics of the industry. 2016 would also be focusing on many related technologies.  Some of following M&A changed complete dynamics of the industry i.e. Dell & EMC, Charter Communications & TWC, Intel & Altera, Avago & Broadcom, NXP & Freescale and more.
I think following top 10 tech trends will be in focus during 2016.
The use of drones has typically been the place of enthusiasts – interested in flying drones as a hobby because people enjoy flying and/or enjoy creating videos of surrounding scenery. However, drones are no longer just the personal toys of the enthusiasts and have been opened up to a wider commercial purpose.
We expect to see more of this innovation during 2016 and over the next 5 years.

2. The Device Mesh
A variety of other trends have led to an increased number of sensors embedded in many technologies and devices that we use personally and professionally. They become smarter as they gather more data on our daily patterns. More apps are being built to be plugged together, and the value of the combination is much greater than the sum of the parts. So much focus on this from industry and analysts.(Gartner in particular)

3.Virtual Reality & Consumer Robotics
2015 is already been a successful year for this field which showcase some information about both Virtual reality and robotics and it is believed that next year will be a ground breaking year for this emerging technology (robot called Pepper was launched on the market in June in Japan). It is anticipated that over the upcoming several years there will be considerable uptake of solutions in this area. This is likely to be particularly impactful in the entertainment industry, but it will also have ramifications for healthcare and industry.

4. 5G
With 4G seeming as if it only just launched yesterday, anyway 5G is just around the corner. There are reportedly plans to test a 5G network in Europe by End of 2015 but real momentum starts in 2016, and some of the big companies in this sector like Huawei, Ericsson and KPN are already involved. Verizon Wireless is planning to field test 5G and aims to put actual services onto the market by 2017.

5. QOE, IoT & IOE (IoT/IoE Architecture & Platforms)
Daily consumption of High definition videos, uninterrupted IP video delivery continues to grow, which needs to have tools to make ensure quality levels. While Quality of Experience (QOE)/ QOS indexes are most widely utilized in video delivery. These matrixes are used to validate how users perceive towards the specific technology and their usage behaviors. Ref :https://www.linkedin.com/pulse/video-streaming-qoe-reach-500-million-2020-rajeev-tiwari-acp-?trk=pulse_spock-articles
IoT platforms complement the vast network of applications and services architecture an organization can govern. Management, security and integration standards of IoT platforms are the core to building elements in the Internet of Things as a whole.
Standards in the IoT/IoE platforms also help to set the capabilities for communicating and controlling endpoints in the IoT/IoE, along with its security and overall management

6. Adaptive Security Architecture & Advanced Systems Architecture
Developers should find new ways for perimeter defense, to detect, respond, and predict attacks through continuous blocking and adapting application scenarios. Apps should have ways to protect themselves, with security people involved at the design phase; and this needs to be supported by test and field diagnostics. Its mandatory to be reviewed by systems that continuously analyzes user and entity behavior. New architectures built around field programmable gate arrays (FPGAs) are being used for things such as face recognition. Due to adaptive changes in technology and gadgets its very important to have such architecture in place for personal and professional security.

7.SSDs take a bigger bite out of the data center
Already flash beats spinning disk in price-performance for IOPS-intensive applications such as VDI or high-performance databases, because equally perform ant spinning disk requires so many spindles to keep up. All-flash arrays and SSD-packed servers are no longer rare. Plus, everyone is excited about 3D NAND, which will offer much higher SSD capacities and performance. Many big players have filled their data centers with SSD’s for better power conservation and Performance reasons.

9. Bluetooth beacons
Bluetooth powered Beacons 'lighthouses' – are now being installed in shopping malls, museums, hotels, airports and even offices that can track the exact location of a smartphone or smart watch wearer, and send them real-time notifications. So far it's been rather lamely talked up as a way of texting vouchers to passing shoppers, but beyond mobile commerce the spread of intelligent, wireless Bluetooth beacon hardware also means indoor mapping and much, much more. At any rate, Bluetooth beacons are about to emerge as the links within, and between, the Internet of Things, the smart city and the smart home. 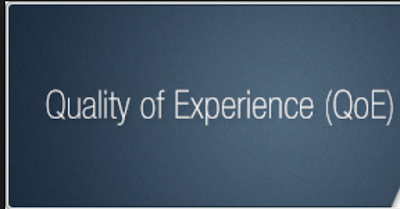 Reference: https://www.linkedin.com/pulse/video-streaming-qoe-reach-500-million-2020-rajeev-tiwari-acp-?trk=pulse_spock-articles
Daily consumption of High definition videos, uninterrupted IP video delivery continues to grow, which needs to have tools to make ensure quality levels. While Quality of Experience (QOE)/ QOS indexes are most widely utilized in video delivery. These matrixes are used to validate how users perceive towards the specific technology and their usage behaviors.
Everyday video consumption growing and current infrastructure is not capable to support it, so underplaying Content delivery networks, have been forced to scale to keep up; even with best scaling algorithms or best available Hardware’s, single CDN architecture is not enough for current video usage. As 4K, 8K and now 11K (https://www.linkedin.com/pulse/11k-mobile-display-3d-capabilities-rajeev-tiwari-acp- ) and higher bitrates become more commonplace.

This continuous momentum will affect even small operators. The increasing shift Dynamic CDN architectures to better handle this network load goes hand in hand with QoE and QOS;
Dynamic CDN setups can be handed by a big telecom giant and sometimes in a singular product. Mobile networks will also add valuable points, with an estimated 150,000+ petabytes of mobile video streaming usage predicted in 2019, the importance of mobile network optimization and QoE will continue to affect a majority of viewers.
Irrespective of mobile video streaming or traditional telecom providers service providers are primarily focused on minimizing the Quality of experience, which can reduce content delivery on mobile devices without any unwanted delay. Number of new innovations added around Congestion detection, Congestion minimization, Congestion elimination, Dynamic Bandwidth shaping, effective network topologies etc. and many more Biggest challenge for telecom operators to reduce the RTT delivery.
Posted by Rajeev Tiwari at 3:54 PM 1 comment: