Internet of Everything (IOE)

Internet of Everything (IOE)

Many people are familiar with the concept of the Internet of Things (IoT). Which defines it as "a proposed development of the Internet in which everyday objects have network connectivity, allowing them to send and receive data." Therefore, it's not surprising that people might be confused when we start talking about the Internet of Everything (IoE).
What? and Why are we talking about IOE? Is IoE simply a rebranding of IoT?
IOE is a technology concept that sees previously unconnected objects and processes being converged with the ones that are digital-first by their nature. This all-encompassing convergence of physical and digital domains is set to disrupt individual organizations and entire industries like nothing before.
According to Cisco IOE is"The latest wave in the Internet’s evolution, IoE is the networked connection of people, process, data, and things. It represents the confluence of multiple technology trends: mobility (ubiquitous high-speed mobile networks, smart devices, and apps); cloud computing; social networks; instant collaboration with anyone, anywhere; data analytics; and finally, an explosion in connected “things,” via inexpensive, intelligent sensors. IoE brings these elements together through standards-based IP networks, and Cisco projects that it will generate a staggering $19 trillion in value over the next 10 years”
ref: http://internetofeverything.cisco.com/sites/default/files/pdfs/public_sector_jurisdiction_top_ten_insights_final.pdf

IoE will continue to create a platform of connected solutions, sensors and networks built off of sometimes sensitive data and personal information. This platform is something that will always need to be secured – in fact, the security challenges that come with the IoE will only increase down the road. Security should be thought of as a process, not a tool or a solution.
Posted by Rajeev Tiwari at 3:55 PM 2 comments:

YouTube supports 8k videos Can your PC SUPORT It?


YouTube now supports 8K videos – not that your computer can play them yet.
The ad-supported VOD service has been upping its tech game of late, in an attempt to fend off rivals such as Twitch and Vimeo. 3D support was introduced a long time ago and now 360-degree videos and 60fps live streams are also possible.
This week, though, the first video has been uploaded to the site in 8K – a resolution with high pixels that nobody can actually watch it.
Some shots [were] simply scaled up by 125% from 6.1K to meet the 7.6K standard,” adds the video description.
Think your computer can handle the processing power required to display the 8K stream in Chrome or Safari or Mozilla? Have a go below, Comments welcome 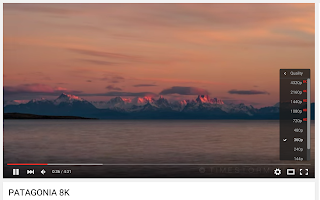 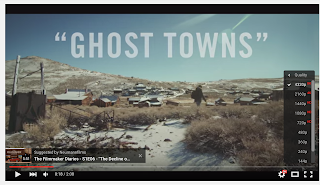 
Current Industry research shows about 24% of consumers indicated their intent to purchase a 4K TV in the next 6-9 months.

Company’s likes of LG, Sony and Samsung to Netflix and Google's YouTube are putting their money into TVs that pack more pixels. Several models are on display at the International Consumer Electronics Show in Las Vegas this week.

4K offer about four times the number of pixels compared to high-definition or 1080p. As of now, you can watch a select list of more than 70 4K films and TV shows, such as Breaking Bad and The Amazing Spider-Man.

But, content providers and online distributors including Netflix, YouTube and Amazon have announced plans to stream content in 4K, including season two of Netflix's House of Cards. Some movies and shows are already being shot at this higher resolution, but despite the buzz, companies still have some significant hurdles to overcome.

An image with four times (8 times for the 8K) the pixels means a lot more data to transmit. In order to transmit such higher resolution we need good bandwidth that will cause more data consumption. YouTube and other video providers are still struggling to get this workout most of the YouTube 4K UHD videos totally un watchable or choppy or even streaming is not smooth. We need to upgrade the hardware to keep up with higher BW needs 4K/8K video streaming places huge overhead on broadband networks. There are certain limitation with current H.265 (or HEVC) and even Google's own VP9 compression standard, true broadcast-quality 4K requires around 23-29 Mbps of dedicated network capacity per stream.

When millions of people receiving 4K/8K streams, total network traffic will exceed 100's of petabyte. Looking around such massive amounts of video traffic, the biggest challenge facing the 4K/8K industry is the construction of network infrastructure that can deliver 4K/8Kstreams — without glitches or delays — to millions of users. re-engineering of the network infrastructure is required. Big players like Comcast already announce for 4K STB support.

With files only bound to get bigger as we head into the 4K and 8K era, it’s clear these legacy networks built to support limited SD video will not be able to cope with the increased demand. So, network architectures must evolve to efficiently and effectively support the transfer of next generation video formats. Specifically, the network must be both scalable to meet the significant bandwidth demands as well as programmable to deliver the exact service performance required. This transformation will involve the consolidation of multiple, discreet and single-use legacy networks into high capacity, secure and low-Latency packet-optical infrastructures. It’s easier to maintain picture quality when you can keep it in its raw form, Packet-optical networks have the capacity to transport HD and other video formats, and can do so far quicker than a legacy network. With coherent optical transmission, distance is not an issue as, so data transfers from an external venue (sports ground, for instance) to the studio are quick and relatively painless.

Fault/Disaster recovery is becoming more important, and having a plan for media and entertainment companies invariably requires the need to maintain constant access to in-production and archived content. A packet-optical network opens up greater options and resolutions when faced with a disaster like an unexpected network interruption or power outage as meshed optical connections can readily include a connection between a mirrored broadcast sites.

The driver of global demand, and the price drop, will be South Asia. More than million 4K TVs were sold in South asia in 2013-2014, with demand expected to keep growing. South Asia will lead the global demand for 4K/8K TV's for next few years..

Though we’re still some way off getting live 4K TV broadcasts, there are certainly plans afoot. Firstly, the BBC has said it aims to broadcast 4K as ‘standard’ by 2016, following a comprehensive survey that found 23% of users would benefit from 4K broadcasts right now. And on the pay TV side, both BT and Sky are rumored to be preparing to launch 4K set-top boxes before the end of 2015.

It won’t happen overnight and there may not be an instant flood of content, but it’s clear that broadcasters think the market is now right to make the first step. Some major Changes from Big Giants in 4K broadcasting Space.

The new Apple TV will be 4K capable, but not 4K enabled. This distinction is critical to understanding what’s really happening with Apple and television. And then, having tied-up the 5K rights, Apple would reveal that the 5K Apple TV can down-convert to 4K for “degraded” displays, the whole point having been tying-up the rights, not really streaming 5K.

Currently rumored to launch as Galaxy Note 5, it is expected to feature a 2K (1600×2560) or 4K (2160×3840) Super AMOLED display while being powered by the firm’s own Exynos 7422 processor. Sam Mobile citing people familiar with the matter claims that the Exynos 7422 might be the South Korean company’s first all-in-one solution, which will include the CPU, GPU,RAM, storage and modem on a single chip CPU, GPU, RAM, storage, and modem on a single chip

While 4K UHD TVs have been on shelves for years, content that will actually utilize all those bursting extra pixels has been hard to come by, to say the least. However, subscribers to Comcast’s Xfinity service may soon be able to see some 4K light at the end of the tunnel.