We’ve seen the meteoric rise of hardware-accelerated video transcoding. That is, we've seen a growth in the availability of graphics cards and processors that can decode and subsequently re-encode compressed video, whether using GPU shaders or dedicated transcoding logic. These days, every new GeForce, Radeon, A-series APU, and Core processor has some sort of hardware transcoding. Vendors video conversion software across the world are working hard to support them all. Both CPUs and GPUs come with their own dedicated transcoding logic, some systems offer multiple paths to hardware acceleration. Traditional GPUs rely on the existence of fast shared local memory, which the programmer needs to program explicitly. While some traditional GPUs are based on HW scheduling of many tiny threads, these and other differences suggest that applications usually benefit from tuning to the HW they’re intended to run on. The folks behind the popular x264 software encoder have been quietly plugging away at an OpenCL-accelerated version of their look ahead pipeline. Look ahead only accounts for 10-25% of the total encoding time, according to x264 lead developer Jason Garrett-Glaser, but the process allows for nearly unlimited parallelism and is relatively easy to implement in OpenCL. Re-writing all of the x264 encoder in OpenCL, by contrast, would be "very hard." Garrett-Glaser says the accelerated look ahead can increase performance by up to 40% on AMD's new Trinity APUs and by a factor of two on the latest Radeon graphics cards. Targeted Applications for HW accelerations using GPU cards: 1. UltraHD (3840x2160) & Cinema 4K (4096x2160) 2. Internet and mobile video streaming (VOD) 3. HD Video Communication 4. Broadcast Distribution(OTT) Differences between H.264 and H.265 are: 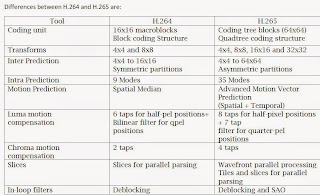 TECHNOLOGY OVERVIEW: In order to get maximum CPU and GPU utilization from available resources, GPU should operate/execute following module. 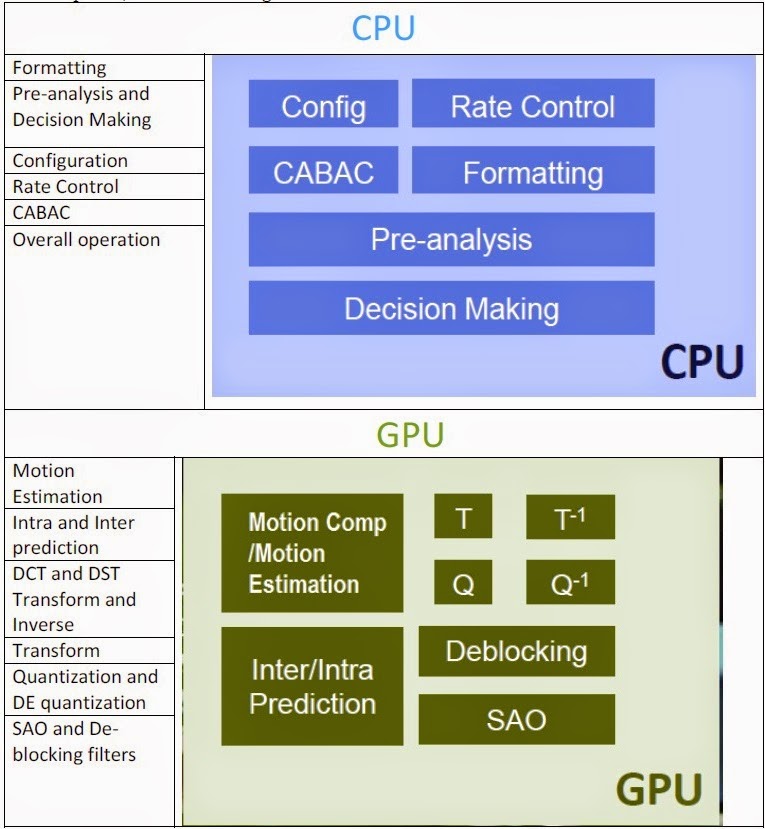 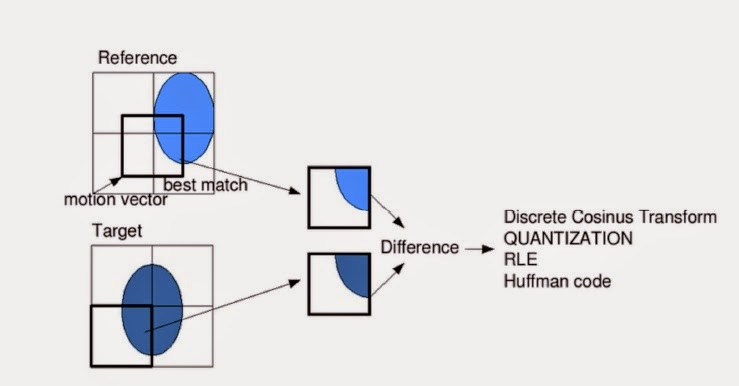 The reference picture can be from past or future The prediction happens on a block-by-block basis and there can be multiple reference frames for each block Motion Compensation:

Challenges in CPU+GPU Implementation 1. Efficient Partitioning of work between CPU and GPU